Last year, I wrote this blog post about my favourite female fictional characters. The announcement that the new Doctor is going to be a woman (I’m incredibly jealous by the way; I wanted to be the first female Doctor!) has been accompanied by complaints that in making the Doctor a woman, we are losing one of the few non-violent fictional male role models that exist. Aside from the fact that of course women can and should be role models for boys/men too, I thought that I’d make a list of some of the other fictional male characters who don’t primarily use violence to solve their problems. This list will therefore exclude a multitude of male superheroes and other men who mostly rely on violence, whether it be through their physical strength, their weapons or special powers. Even without those characters, as you can see below, there is still a plethora of male role models to choose from. Enjoy!

Chuck is my favourite TV show of all time. The protagonist, Chuck Bartowski, is a kind, playful, nerdy, computer expert who likes to talk about his feelings a lot. When all the intelligence services’ information becomes embedded in his brain, he becomes an indispensable asset. He’s a fish out of water in the secret agent world that he’s thrust into; it’s amusing to see how an ordinary person reacts in situations that usually only highly trained spies experience. Oh, and he hates guns, which is a bonus.

Devon “Captain Awesome” Woodcomb is the boyfriend of Ellie (Chuck’s older sister) and is a surgeon. He’s a genuine, loving, “straight-arrow” of a man and is multi-talented (hence the ‘Awesome’ nickname – everything he does is awesome). He is surprising and different from what you’d expect of a man like him; he’s very loveable.

Morgan Grimes is Chuck’s loyal, if immature, best friend. He’s always there for Chuck when he needs him.

Daniel Jackson is a brilliant linguist and archaeologist who is fascinated by other cultures. His open-mindedness, sensitivity and empathy are often in stark contrast to the mindset of the military people around him. He is highly skilful at communicating with others and connecting to them in some way, even if they’re not human.

Sherlock Holmes is an eccentric and exceptional detective. He often astounds others with his deductive reasoning and intellectual capabilities. His confidence can border on arrogance though and he can come across as cold and phlegmatic. But as soon as an investigation begins, he becomes animated and excited once again.

All these men have wit, intelligence and integrity in spades. I think Toby is my favourite.

Gilbert Blythe is unflinchingly honest, intelligent and loving, with a playful sense of humour and wit. He provides a respectful academic rivalry for Anne, which pushes both of them to excellence. He behaves admirably and honourably and sacrifices a lot for those he loves.

Ms. Chanandaler Bong is by far the best character in Friends. He is sensitive and funny (he has a wonderfully sarcastic sense of humour). He comes into his own through his relationship with Monica and really blossoms and deepens as a character.

Some people might argue that Neal Caffrey isn’t a good role model since he’s a criminal (whom has been released into the custody of the FBI White Collar division to consult on cases) but he’s exceptionally quick-thinking, charismatic and talented. He’s able to outwit everyone. Also, when it comes to the crunch on important matters, he does the right thing. He hates guns too.

Peter Burke is excellent at his job and becomes Neal’s handler too. He’s the only one who can keep up with Neal’s brain and antics. Peter is a man of integrity and tries to turn Neal’s life around through the good example of the way he conducts himself and how he lives his life.

Clinton Jones is another FBI agent in the White Collar division, who is highly competent and intelligent. He is very loyal and is one of the only people Peter can fully trust.

Mozzie is Neal’s quirky and unusual partner in crime. He’s the joint mastermind behind many of Neal’s schemes but is really a big softy at heart.

Although Rodney McKay can be arrogant and condescending, he is also a genius physicist and engineer who has a knack for problem-solving under the pressure of impending death, thus saving the day. He is grumpy and a hypochondriac but is also capable of great courage.

Carson Beckett is warm, kind and funny. His medical expertise and experience with the discovery of the Ancient gene make him an invaluable member of the team.

I first encountered Star Trek through the film ‘Star Trek IV: The Voyage Home’ when I was about four years old. I watched it countless times and am still extremely fond of it to this day. During my early teens, I also LOVED the television series ‘Star Trek Voyager’. I enjoy the more recent Trek films too. However, my experience of TOS and TNG is limited to having seen a few sporadic episodes of those television series (I’ve seen most of the TOS and TNG films though); it’s more than enough to know that Spock, Scotty, Bones, Sulu and Picard are all worthy of being on this list though.

• Leo Fitz (from Agents of SHIELD) 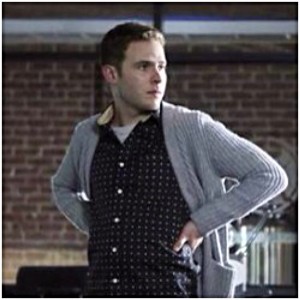 Fitz is a bubbly and enthusiastic genius engineer and technology specialist, who wears his heart on his sleeve.

• Merlin and Gaius (from Merlin)

Merlin is a friendly, cheerful, loyal and brave young man who is on a journey of discovery as to how powerful his magic can become and finding his role in life.

Gaius is a caring, gentle man but is a strict teacher and mentor to Merlin. His knowledge, wisdom and expertise prove invaluable to Merlin. He becomes like a father to Merlin.

Richard Castle is a best-selling crime author who becomes a consultant to the NYPD. He has a playful sense of humour and although he can be cocky and immature at times, his flair, imagination and knowledge of obscure subjects often lead to breakthroughs in murder investigations. He is also a great single-parent father to Alexis.

My favourite characters are actually Hermione, McGonagall and the Weasley twins but this list is about male role models so Harry, Lupin and Dumbledore are probably more appropriate.

It’s made clear in the books that the thing that is so special about Harry is not any particular magical ability but his capacity to love. Despite the trauma of all that he’s been through and all that he’s lost, he doesn’t lose his ability to love. In the end, he goes through with the greatest sacrifice of all.

Lupin is a great teacher and also a caring mentor towards Harry. When Lupin was at school, he was the more sensible, hardworking, steadying influence in his group of friends, despite being a werewolf; it was probably often necessary to try to rein in James and Sirius a bit.

Dumbledore is an eccentric wizard with a twinkle in his eye. Despite being one of the most powerful wizards of all time, he prefers to use his considerable intelligence and knowledge to solve problems and figure things out.

• Sheldon Cooper and Leonard Hofstadter (from the Big Bang Theory)

Sheldon and Leonard are brilliant physicists. Despite their flaws, their passion (both for science and for their geeky interests and hobbies) is infectious and admirable.

• Maurice Moss (from the IT Crowd)

Maurice Moss is a socially awkward, nerdy IT technician. He is genuine, honest and has a good heart.

Henry is a professor of ethics and religion, who is loving, encouraging and supportive of his wife, whom is Secretary of State. [I just have to add here that I love Elizabeth McCord as a character sooo much; I didn’t know of the show ‘Madam Secretary’ until this year, which is why she doesn’t feature on my list of favourite female characters that I wrote last year.]

Peter is a highly empathetic individual. It’s this that makes him special and his powers are just the natural extension of his empathy.

Hiro is a gentle, eager and joyful character who has a pure heart. He aspires to heroism and keenly feels a responsibility to use his powers (the ability to manipulate time and space) for good, to help others and save the world.

• Atticus Finch (from To Kill a Mockingbird)

Atticus is a man of strong morals, empathy, reason and justice. He is presented as different to other men in the town in that he doesn’t gamble or play sports, doesn’t drink, smoke or hunt, but loves to read. He is respectful, polite and has a quiet strength, honour and integrity.

A brilliant and eccentric detective who uses his ‘little grey cells’ to great effect.

Sandy is a lawyer and a committed family man who has integrity and strong morals. He’s compassionate, funny and goes out of his way to help others, even if they are complete strangers. 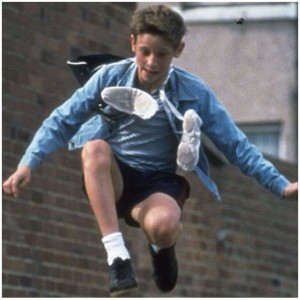 Billy has to defy expectations and gender stereotypes to pursue his passion and raw talent for ballet dancing.

Wash is a talented pilot who is kind, playful and laid-back.

A compassionate, philosophical and devoted teacher and genius, who is always looking for a peaceful outcome.

• Harold Finch (from Person of Interest)

A gentle man who is a genius with computers and technology.

• Giles (from Buffy the Vampire Slayer)

Giles is a mild-mannered and polite man. His encyclopaedic knowledge, intelligence and experience make him an invaluable mentor to Buffy.

To be honest, this list could go on and on. There are so many more non-violent male role models in literature, film and television. All mediums are awash with male characters so you’re spoilt for choice.

Let me know in the comments if I’ve missed anyone really great off the list. I’d love to know your favourite fictional male characters and role models.