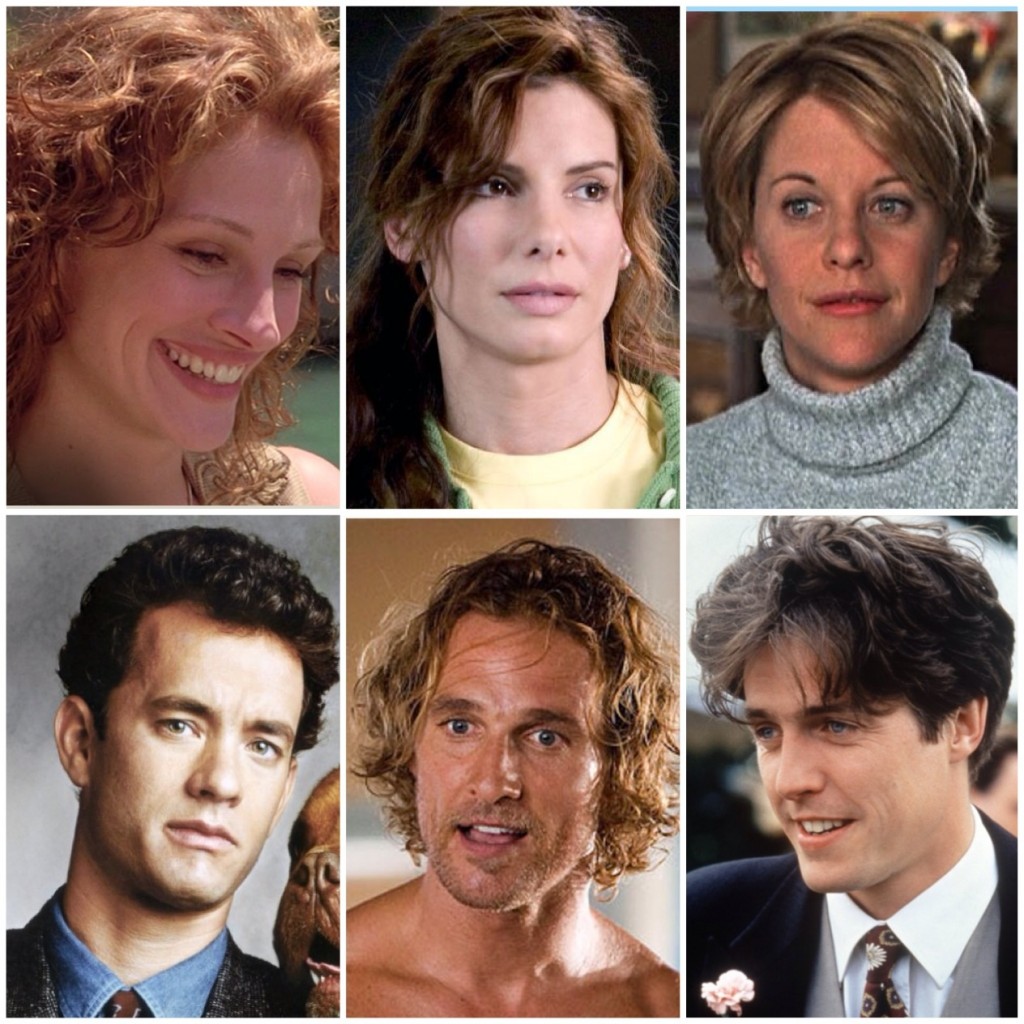 My first experience of romcoms was on long coach journeys for school trips when I was 12-16 years old, with the far-off tiny screen at the front of the coach playing a video (VHS) of Notting Hill (I found it boring at that age and fell asleep, which is the only time that I’ve ever fallen asleep watching anything) or Chocolat (which I found myself enjoying a lot but have mixed feelings about now because of what we know about Johnny Depp).

I never watched romcoms of my own volition back then though and held them in disdain as “girly”. I used to despise and distance myself far from anything considered stereotypically “girly” because, in general, I found that I genuinely didn’t like those things but sometimes it was because I’d internalised the sexism that those things were somehow lesser and looked down upon. I’d observed and absorbed into my brain how men scoffed at and dismissed romcoms as Not Good Quality Films. As a result, I’d subconsciously adopted the same viewpoint because I didn’t want to be regarded as inferior or be derided for liking “soppy” or substandard films.

After I became ill at 18½ years old though, I started giving romcoms a chance. Gradually I admitted to myself that there were actually many, many romcoms that I really enjoyed watching and became defiantly unashamed about it. This all seems a long time ago (I’m 31 now) and I have to remind myself that there was a time when I didn’t love romcoms like I do now. I reckon I’ve seen a huge majority of them.

However, when I came to mull over my favourites and attempt to narrow them down to a top 25 for this list, I realised that I haven’t loved, or even liked, any romcom that was made anytime after 2010. Romcoms now overwhelmingly tend towards a sense of humour that I just don’t find funny; I don’t enjoy the overly ‘lewd and crude’ type of brash romcoms where they talk about things that I don’t want to hear about or do things that I don’t want to see. It also feels like there’s bad swearing every other word; I can accept swearing on occasion for comic effect or in the event of something truly terrible happening to a character but the overabundance and severity of swear words that is now common practice, is an assault on the ears and renders the swearing meaningless. It smacks of a poor script and a lack of vocabulary and originality on the part of the writer. I also can’t stand it if a romcom doesn’t have a happy ending; it has become more common for romcoms to want to be “edgy” and have an unexpected or unconventional ending. I hate this. I WANT HAPPY ENDINGS BACK. Hollywood, please go back to making nice romcoms like the ones in my list below.

So my top 25 romcoms will obviously reflect my personal tastes but I maintain that these are the BEST ones. It has been an almost impossible task to rank this top tier of 25 romcoms though (especially the top 7, which keep switching places with each other) and I reserve the right to change my mind about the order I’ve put them in. I love them all. Here they are:

17. While You Were Sleeping

25. Confessions of a Shopaholic

Honourable mentions: The Family Stone, Failure to Launch, Bride Wars, The Perfect Man, When Harry Met Sally, Bridget Jones’s Diary, Four Weddings and a Funeral, He’s Just Not That Into You, Hitch, Made of Honour, The Proposal, Sleepless in Seattle, The Jane Austen Book Club, Something Borrowed, The Prince and Me, When in Rome

What are your favourite romcoms? Let me know in the comments.